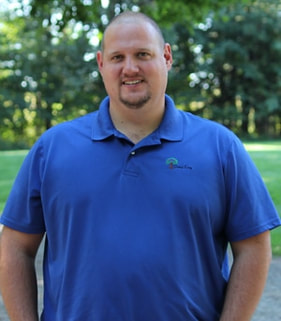 Andrew Michaels grew up in the area and attended Camp Luz as a child.  After serving several years on summer staff, he joined the year-round team at Camp Luz in 2005 as Program Director.  He then moved into the Camp Director role in 2011.  Andrew has a degree in Camping, Recreation, and Outdoor Ministries from Eastern Mennonite University, as well as masters degrees in Ministry and Business Administration from Mount Vernon Nazarene University.  He and his wife, Christy, have two school-aged children who also love coming to Camp.

Andrew loves the outdoors and enjoys playing with his kids, hiking, and playing disc golf.  One of his favorite Bible verses is Joshua 1:9, "Have I not commanded you?  Be strong and courageous.  Do not be afraid; do not be discouraged, for the Lord your God will be with you wherever you go." 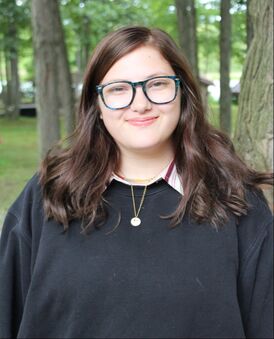 Kirsten joined the year-round team at Camp Luz in May of 2022, after serving several previous summers on the summer staff team.  She is from Orrville, Ohio and enjoys reading, spending time with family, and finding ways to encourage others in their walks with God.
​
She studied for a short time at the University of Findlay majoring in Spanish Education and TESOL (Teaching English to Speakers of Other Languages), minoring in Music. She was involved in Campus Ministries and within the choral program. She loves being outdoors and taking in God's beautiful creation, she enjoys watching/playing tennis. She does many different things outside like painting, doing devotions, and reading.

A favorite Bible passage of Kirsten's is Proverbs 31: 25-26. "Strength and dignity are her clothing, and she laughs at the time to come. She opens her mouth with wisdom, and the teaching of kindness is on her tongue." 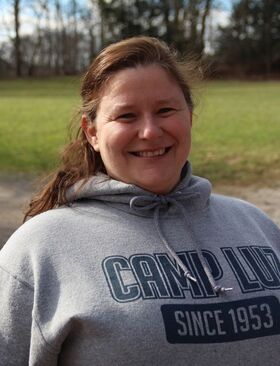 Rochelle has a background in practical nursing, and it was through being asked to be on the 1993 summer staff in the nursing position that she became acquainted with the ministry at Camp Luz.  After working several positions, including counselor and cooking, during three summer programs, she was asked to stay on to help with year-round food service.  In 1997, she received her food service manager's certificate.

While at Rosedal Bible Institute, Rochelle felt called into some area of mission work and was more drawn to local missions.  When the opportunity to serve at Camp Luz was offered, she first saw it as a job, but very quickly saw the ministry aspect and was open to serving there long term.  Over the years of watching youth grow up and grow in the Lord and now sending the next generation to Camp has been a highlight for her.

A passage of scripture that has been a help and reminder is Isaiah 41:9-10.  When not in the kitchen, she enjoys crocheting, reading, and visiting coffee shops. 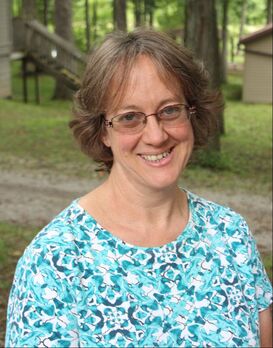 Veronica joined Camp Luz staff in August 2022, but has been a part of the Camp Luz community for several years through summer camp. Veronica is married to Jeff and they have four teenage/ young adult children.  All of Veronica's children have attended summer camp, two have been on summer staff. The Styer family enjoys spending time together hiking, tent camping, birding, sitting around a camp fire, biking and playing board games. 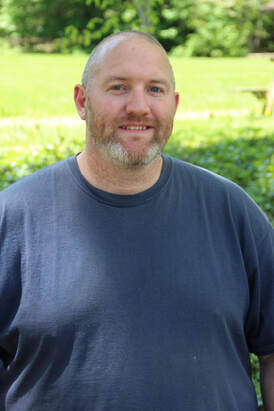